It's been fun on Blogger, but I wanted to revamp my website into something that looked a bit more professional. There will still be a blog on my new website, and this old blog will still be around for you to enjoy. Check out my new blog at the same address this blog used to be: www.danalockhart.com. This blog will now be www.authordanalockhart.com, and will no longer be updated. Thanks for moving with me! -Dana Lockhart
Post a Comment
Read more

Moving Up - Or At Least Around - in the World

I’m getting more and more serious about making writing my full time career, so I’m taking anything and everything that will help me achieve that dream. Which leads to three big announcements: I am now a writer/game reviewer for SipReadRepeat I was accepted into the  Medium  publication “ Curiosity Never Killed the Writer ” I was officially voted in as the president of the Hannibal Writers Guild this month My Growing Professional Gamer Status It was all well and good writing gaming articles for exposure with DVS . I really didn’t mind at all. I got a load of worthwhile experience and I came out the other end feeling like I got significantly better at writing journalism. I went from every article I wrote having problems - passive voice, high  Flesch-Kincaid reading scores (meaning my writing was too complicated), not enough transitions - to almost every first draft being in the green light with all these things. My writing was trained over time to be better just with simple practice. Bu
Post a Comment
Read more 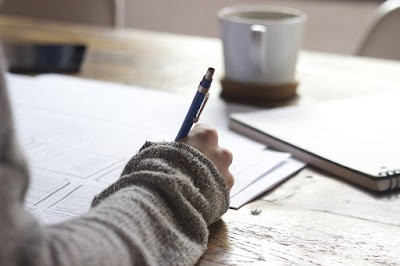 National Novel Writing Month. It is both the bane of writers and the savior. Write the rough draft of a novel in one month, they said. It’s 100% possible, they said. It will be fun, they said. I don’t know who they are, but they’re a totally different type of person than I am. After four years of participating, I’ve never won a single year of NaNoWriMo yet. And I’m perfectly okay with that. Sure, NaNo might have all these rules and expectations, but in the end, it’s your goals that matter, not theirs. When Is the Best Time to Write? Write now! My goal for NaNoWriMo has always just been to write. Almost always, NaNo has been my excuse to either finish a story I was already working on, or at least make a big dent in it. If I’d been unable to get a word down for months, November became the dedicated month to get over that. Sure, I kept that 50k finish line in mind, too, but it was never my actual goal. NaNo and me, we don’t mix very well. The arguably biggest rule of NaNoWriMo is to neve
Post a Comment
Read more 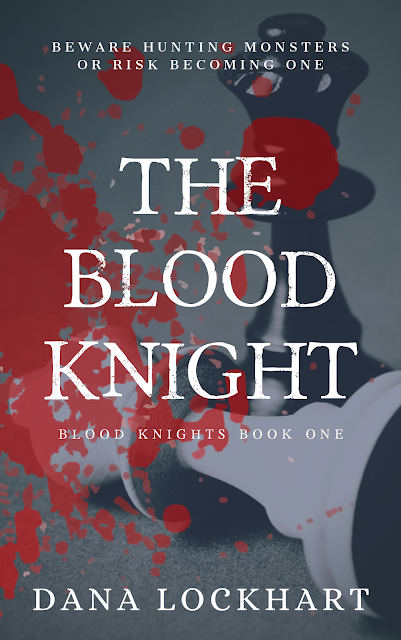 -The Story, The Legend, The Blood Knight - I’m super duper excited by this, guys. The Blood Knights series, as I have said multiple times, is the most vivid world I’ve ever created. It’s so alive that I don’t quite feel like I’m in control of it. More than once a character has veered off on their own chosen path against what I had originally intended. Villains grew up to be heroes, heroes turned out to be villains. New characters I didn’t have in the original concept just popped out of nowhere demanding to be seen. It’s been a wild ride to see all the stories unfold. The Blood Knight is the first in the intended trilogy. It centers on Archer Mathews, a vampire hunter that makes a grave mistake and is turned into the thing he hates most. The thing is, he should have died instead. Hunters are almost a breed of supernatural beings of their own, with fast reflexes and heightened senses tuned into finding evil, and something in their blood won’t let them be corrupted into monsters. The cl
Post a Comment
Read more

Traveling Back in Time to June 2019

-My Second and Final Gateway Con- It is with a heavy heart that I write this, because the wonderful convention known as Gateway Con has officially been cancelled, probably forever. The three-day writing retreat I’d recommend first above all other writing conventions is being replaced with a one-day writing retreat, "Writers in the Park." The situation is disappointing to say the least. Supposedly, it wasn’t making enough money to sustain itself. I’d argue that money isn’t the point, it’s inspiring and educating prospective writers, that the friendships we made along the way were worth more, but unfortunately it’s not my call. Goodbye, Gateway Con. I will miss you. You helped me become the writer I am today. Hopefully Writers in the Park will be half as fun. But with bad news comes good, and here’s my trip back in time to Gateway Con 2019 and the events that transpired. -Meeting Old Friends and Making New- This year was different in so many ways. Gateway Con 2018, my first co
Post a Comment
Read more

I didn’t talk about it a lot because I was honestly terrified - but this year I lost my job at no fault of my own and was unemployed for 6 months. At the same time, I was investing in my book, which was also scary. Like, what if I dump too much money into the book and then never see it turn around? As the days drug on without a steady income, I tried to stay positive and kept grinding no matter how dismal things looked. And eventually I came out of the other side. -A New Job - A New Start- As of mid-September, I am an administrative assistant at a not-for-profit that helps my local community. While the organization does many, many things (including but not limited to bill assistance and low-cost healthcare), I am based out of the weatherization department. What is weatherization? I thought to myself when I saw the job opening. Basically it amounts to repairing homes so that they are more heating/cooling efficient. We also do things like replacing siding and roofing and ma
Post a Comment
Read more 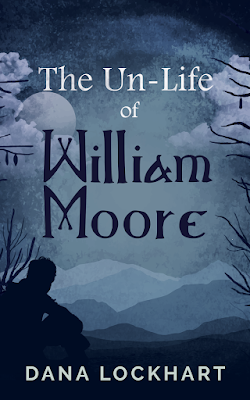 It's been a while! Hi! I've been busy with leading CampNaNoWriMo workshops and lots of book signings . But here I am today, ready to tell you a little more about my novel, The Un-Life of William Moore. I highly suggest reading the novel before reading these "fun facts," as there are spoilers ahead. You can purchase the book at most all places you buy books, including Amazon , Barnes & Noble , and your local book store. -Fun Facts About The Un-Life of William Moore - 1)   The novel is approximately 63k words.   When I first “finished” the story, it only had 35k. Being so short and condensed, the story's pace was way too fast.   The additional word count helped to slow things down, develop characters, and make it a more standard sized novel.   2)  My first working title was “Billy the Vampire.” This title made it too obvious what the story was about, even though it conveyed the corny tone I wanted at the time.   Later, I wanted to make it more subtle. I chose
2 comments
Read more
More posts